A City of Lights

The Shanghaiese love their bright lights.  This place never sleeps.  Which is a good thing, because if they tried to close their eyes it’d still be too bright to sleep!  It’s so ridiculous that it’s fun. 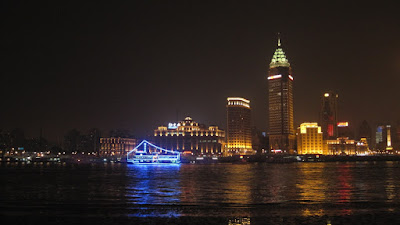 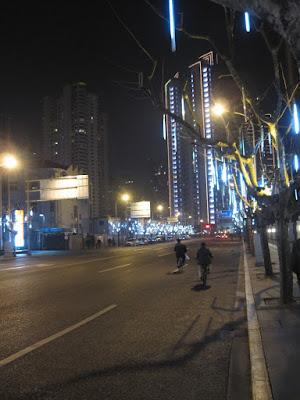 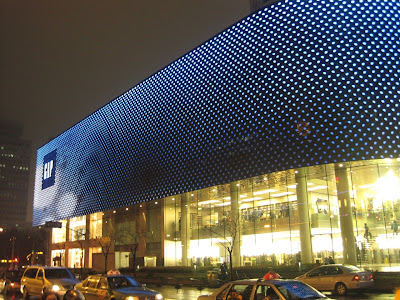 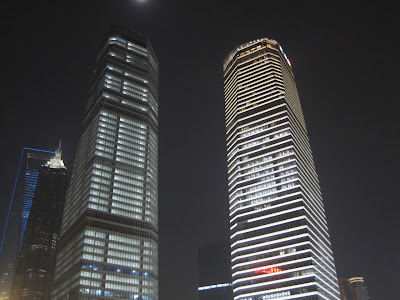 Thursday was St. Patrick’s day.  We didn’t find green beer.  Instead Jason or Kevin led us to a Mexican restaurant which was quite the experience.  The food was a lot like what you’d get at a relatively cheap Mexican joint in Chicago, nothing fancy but tasty.  Interesting experience was that most of the team here had never had Mexican food before!  I think everyone enjoyed the assortment of food although they were skeptical at first :)

Best laughs of the night were:

After the team went home Kevin, Jason and myself went to an Irish pub.  Yes, they exist in every city of the world (or do they…is there one in Adrian?)  It was like walking into an alternate universe – wall to wall Westerners celebrating St. Patrick’s Day; very few locals in sight.  We had Guinness!

Friday was a busy day at work.  Being in Shanghai has given me a fair bit of mental clarity to clean up and chase all sorts of old outstanding tasks that I’ve not been getting done.  Helping out with a lot of things that are going on here in town, and going to be spending a lot of time with the development team next week.

After work went out to a Macanese restaurant led by Susan who’s the office manager here and very outgoing.  I’ve been ordering all sorts of interesting drinks this week…a few days ago I had a drink which is a combination of coffee, tea and milk; this time I had an iced coffee with red beans.  It came with ice cream too.  What a delicious combination!

Later we went for a walk down by the river over on the Pudong side where the pictures above came from.  Early night, we’re all tired.

On Saturday I finally got out for some exercise and ran about two miles.  Had a really interesting experience with the washing machine in my room, which can only be explained by a picture:

That’s what I washed my clothes on today.  I don’t have a clue what the different symbols mean – the Chinese or the internationalized symbols.  For all I know I had the thing set to broil at 500F until golden brown!

Met up with Kevin and went and saw some more of the city.  The subway here is fantastic.  It’s all less than 20 years old and is clean & easy to use, and incredibly safe.  Lots of lines have glass walls with sliding doors between the platforms and the trains to stop people from getting hit.  Subway systems are always visitor friendly and this one is no exception; the machines even have an English option.  The signs have station names in both languages and since there’s signs everywhere it’s easy to figure out where you’re at and where the train will be going:

(I’m at People’s Square, the train is going to Huangpi Road which is my stop.)

We got out to see some of the old city which has some iconic Chinese buildings to see:

It’s a bit rainy (practically English rain which made Kevin happy.)  It’s difficult in Shanghai to tell if it’s foggy or if that’s just the smog.  I think it’s mostly fog today. 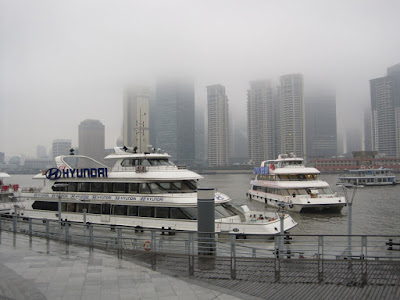 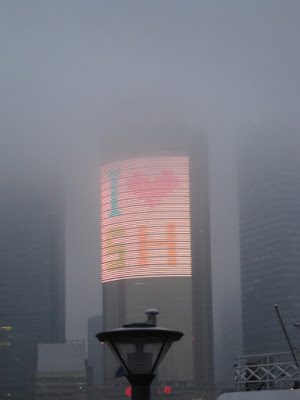 The lit up building there is one of two buildings which has an array of lighted, computer-driven panels on it which makes them some of the worlds largest televisions.  It’s animated and always showing different things including another spin on I<3NY.